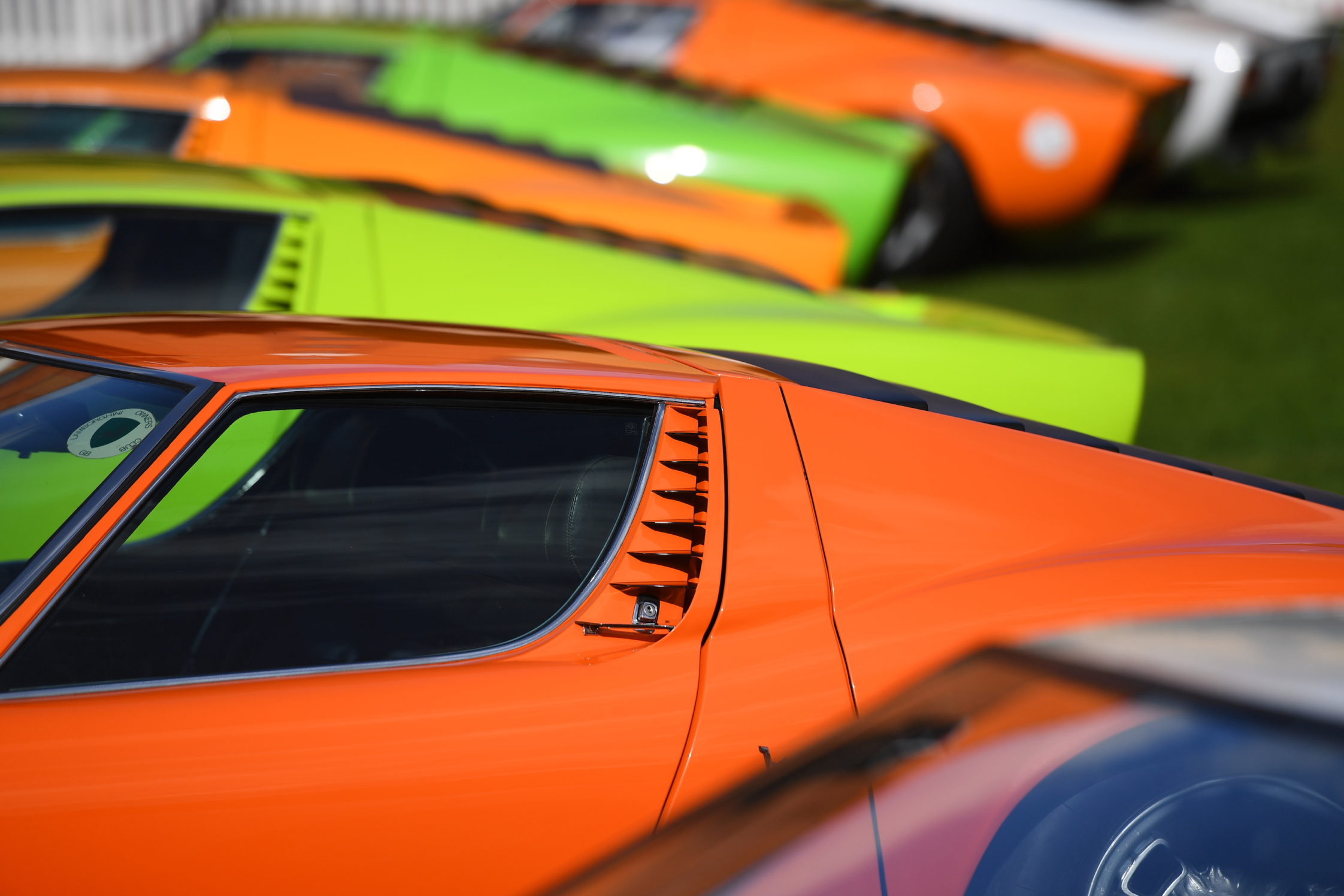 The London Concours presented by Montres Breguet opened its doors yesterday to a crowd of thousands for the first day of the event.  Hosted at the Honourable Artillery Company, a five-acre oasis of green close to Bank, the event played host to the most incredible collection of vehicles ever gathered in the City.

In total, around 130 cars were on display across seven classes and three major features. The main concours event classes include ‘The Icons’, ‘The Innovators’, ‘Great Marques – Ferrari, ‘Great Marques – Jaguar’ and ‘The Outlaws’. Each of the classes was packed with rarities, from the McLaren F1 and Ferrari 250 GT Tour de France to the Bugatti Veyron Super Sports and Lotus 99/T championship-winning Formula One car, but there could only be one ‘Best in Show’.

The London Concours’ expert committee of judges picked an extraordinarily well-preserved C-Type with impeccable heritage as ‘Best in Show’. This particular C-Type has played its role within Jaguar’s esteemed racing heritage, appearing in the Monaco Grand Prix, driven by Tommy Wisdom, and later Stirling Moss who drove it for much of his 1952 season. It’s presented at the London Concours in its original livery from the 1953 Mille Miglia.

Made in Germany, sponsored by Geely – Volkswagen Golf GTI

The Outlaws, sponsored by Concours of Elegance – Lancia Aurelia B20 GT ‘Outlaw’

Outside of the main concours event, there were plenty of other astonishing cars on display. A special feature celebrates the Lamborghini Miura’s show-stealing appearance in the opening scene of The Italian Job, with a gathering of seven incredible examples. On the lawns of the HAC, guests were able to see the full spectrum of the Miura line-up, including P400S, SV and Jota models.

The evo and Octane Supercar Paddock brought together supercar originals and their modern day successors. The McLaren F1 lined up next to the McLaren P1, the Aston Martin DBS joined the DBS Superleggera and the Ferrari 250 GT Lusso was displayed alongside the GTC4Lusso.

Andrew Evans, London Concours director, said: “I’m in absolutely no doubt that this astounding selection of vehicles is the greatest collection ever seen in the City of London, and I’m so proud to be able to share it with the thousands of people that came through our gates today. I’d also like to extend thanks to all of our partners for making the London Concours such a success, and I look forward to seeing many more people at the show on Thursday.”

As well as the automotive displays, visitors were able to browse a number of other attractions, including world-class watch boutiques from fine horologists Montres Breguet, arthouse Collier Dobson, and automotive artist, Ella Freire.

Guests were also treated to a range of luxury food and drink options, including a full three-course menu designed by celebrated chef, Mark Hix, and delivered by Searcys. Rémy Martin, Veuve Clicquot and Seedlip were on-hand to provide refreshments.

Tickets to Thursday 6 June at London Concours will be available on the door, with adult admission at £35.