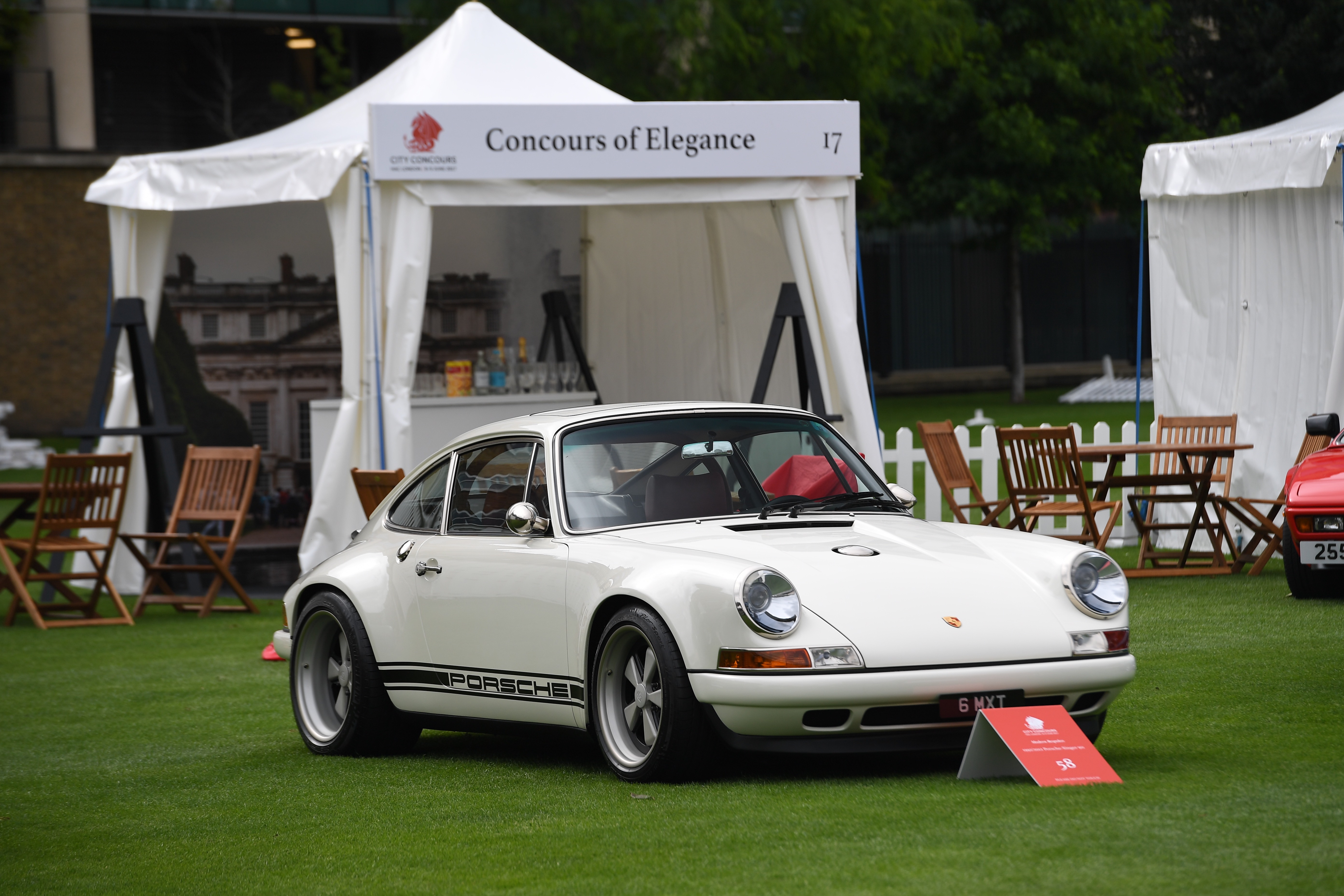 London’s brand new City Concours, a world-class festival of motoring held in the heart of the City, opened its doors yesterday to a crowd of more than a thousand for the first day of the event.  Hosted at the Honourable Artillery Company, right in the heart of the City of London, the City Concours brings together more than 110 of the world’s most incredible cars and automotive specialists.

The centerpiece display, ‘Evolution of the Supercar’, charts the history and development of the very best high-performance vehicles, beginning with the 1954 Mercedes-Benz 300SL Gullwing. Moving through the wedge-design supercars of the ‘80s, including the Ferrari 288 GTO, the display finishes with a host of modern-day performance cars from the Pagani Huarya to Aston Martin Vulcan.

Also on display are some of the earliest examples of motoring excellence in the ‘Pioneering Spirit’ display, and a celebration of the sports car called ‘The Joy of the Road’, featuring a Ferrari 212 Inter Vignale and Maserati 3500 GTI Vignale Spyder.

A display of racing cars, including a Jaguar D-Type from the 1957 Le Mans 24 Hours race made up the ‘Built for Speed’ feature, and a host of unique and rare custom built vehicles in the ‘Modern Bespoke’ category. Some of the most famous muscle cars created, form the ‘American Muscle’ display and a special collection of motorcycles, from a 1928 Brough Superior to a 2016 Kawaski tell the ‘History of the Superbike’.

Andrew Evans, City Concours director, said: “It’s been a fantastic first day at the Honourable Artillery Company, with world-class cars on display and more than a thousand people through the doors. For us, and for all our generous partners, the City Concours has so far been a massive success. With this Friday the last opportunity for guests to visit we hope many more people are able to make it down to see this collection of cars, the likes of which have never gathered in London before.”

As well as the automotive displays, visitors are able to browse a number of attractions, including the Taittinger Champagne bar, timepiece displays from Breguet and Glashütte, and art from Freire Printz, Unique & Limited, Collier Dobson and CARisma Photo. Official Outfitter to the City Concours, Mason & Sons, will on-hand with a display of its latest clothes and accessories from a range of Great British brands.