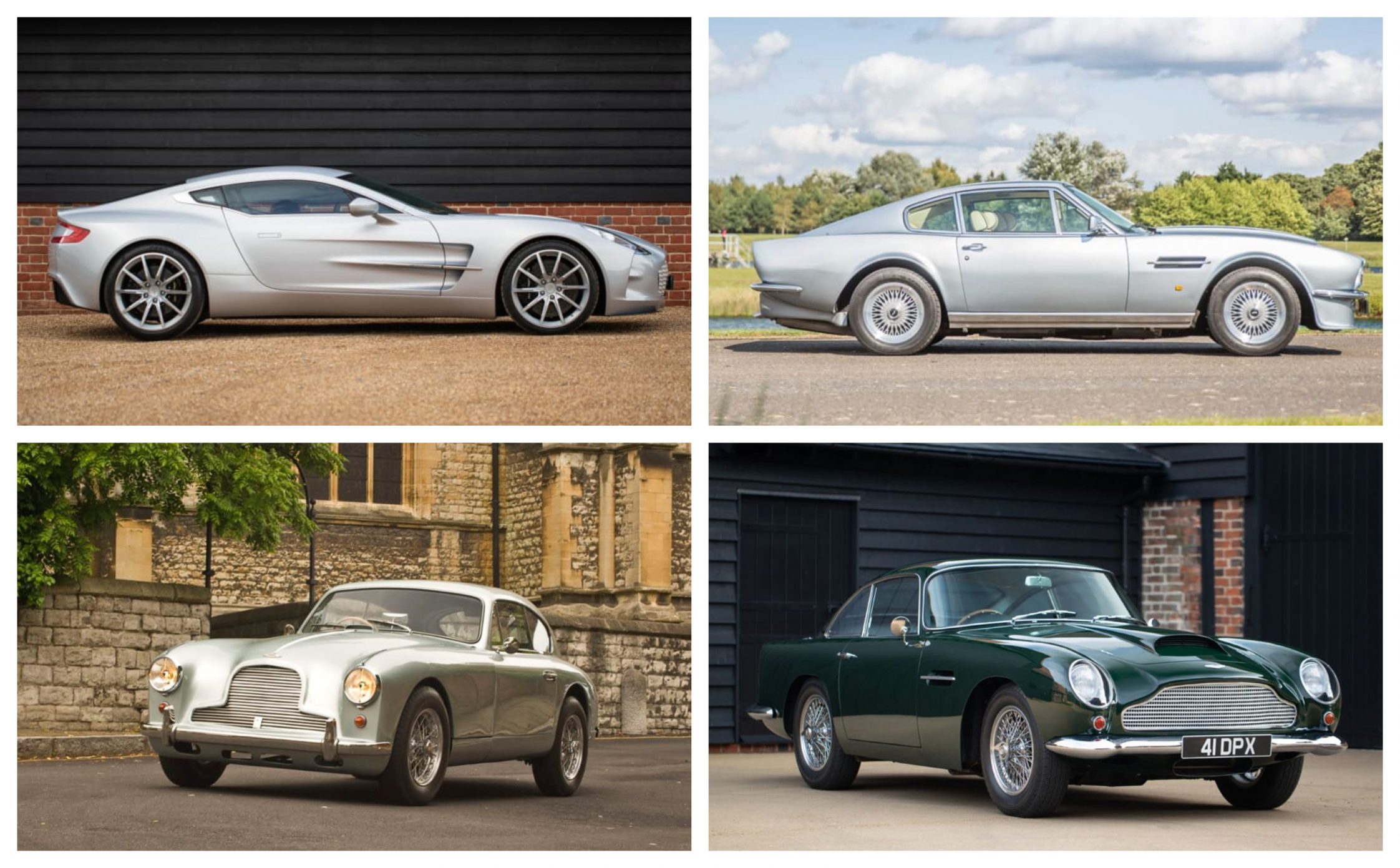 The London Concours, will be hosting a special display of iconic Aston Martin models in its ‘Great Marques – Aston Martin’, presented by Nicholas Mee & Company. With a line-up of 11 of the finest privately-owned cars to have ever worn Aston Martin’s famous wings, together they define the timeless style and sporting luxury of one of the most famous British brands.

Perhaps unsurprisingly, the collection of Aston Martins is spearheaded by one of the most recognisable automotive shapes of all time; James Bond’s DB5, dubbed “the most famous car in the world”.

The DB series of cars cemented Aston Martin’s reputation for sporting prowess, and the London Concours will document its evolution from the early DB2/4, through the subtle but important changes between DB4, 5 and 6 and then on to its reinvention in the DB7 – represented by a wonderful low-mileage V12 Vantage example – and beyond. The James Bond theme continues with a DBS ‘Casino Royale’, finished in the exact combination made famous in Daniel Craig’s first outing as Bond – minus some of Q’s special additions, of course.

Another name synonymous with Aston Martin is Lagonda, and the ‘Great Marques’ collection will feature the famous William Towns-designed saloon car of the same name. Introduced in 1976, the wedge design continues to divide Aston Martin enthusiasts, but its innovations are incontrovertible. Upon launch it was considered one of the most advanced and luxurious saloons in the world; each car took around 2,200 hours to build and came complete with a computer managed digital instrument display –  a first for a production car.

Representing the latest and greatest from the brand will be Aston Martin Mayfair, operated by Stratstone, which has been the UK’s flagship Aston Martin retailer since 1999. From the DBX SUV and DBS Superleggera to limited edition rarities, it’s a showcase of the very latest in British design, craftsmanship and engineering.

Between 10-11 June, the Honourable Artillery Company HQ will be transformed into automotive nirvana, with nearly 100 motoring greats of all eras gathered within the confines of the most luxurious lawn in the square mile. The seven carefully curated classes, including ‘The Pursuit of Speed’, ‘Convertible: The Golden Era’ and ‘Lancia Legends’ make London Concours the ultimate automotive summer garden party.

Andrew Evans, London Concours Director, said: “With a brand like Aston Martin, whittling over 110 years of history down to just 11 cars is no mean feat. After much debate among our Steering Committee of motoring experts, we believe we’ve found some of the finest privately-owned Aston Martins in the country, some of which have truly astonishing stories that go some way to revealing some of the magic behind this truly iconic British brand. Our content doesn’t end with the cars either; we’ve got displays from fine watchmakers, Montres Breguet, Mayfair tailors, Anthony Sinclair, and a luxury hospitality experience courtesy of Searcys and Veuve Clicquot.”

The London Concours 2020 takes place from 10-11 June. Tickets are available to buy now from www.londonconcours.co.uk/tickets

The full list of cars on display in ‘Great Marques – Aston Martin’ is: