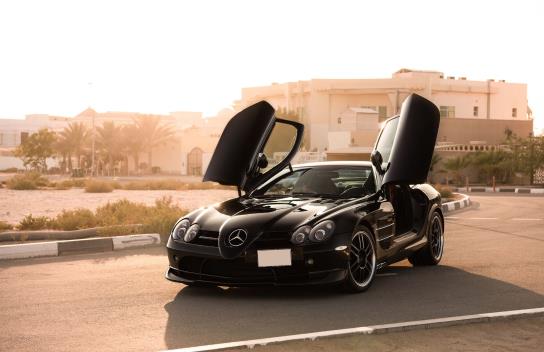 The London Concours, presented by Montres Breguet, will be placing the German automotive industry in the spotlight with the ‘Made in Germany’ class. With a reputation for performance, quality, design and innovation, just eight cars have been picked to represent the Germany automotive industry.

It was, in fact, a German that arguably created the first motor car, as Karl Benz patented his Motorwagen in 1886. Nearly 135 years later, the company that still bears Karl’s name, Mercedes-Benz, will be represented by the SLR McLaren 722 Coupé at the London Concours.  Built in partnership with McLaren, the SLR 722 was actually assembled in Woking, powered by a 650hp 5.4-litre supercharged AMG V8 engine. Its name paid homage to Sir Stirling Moss’ 1955 Mille Miglia victory for Mercedes, with his SLR bearing the number 722.

Germany’s relationship with the Mille Miglia stretches back before Moss’ victory, though. The BMW 328 – also on display at the London Concours – significantly enhanced the reputation of BMW in both motorsport and popular culture with its victory at the Mille Miglia in 1940. The advanced car features extensive use of lightweight aluminium and a 2.0-litre straight-six engine producing around 80bhp. Not much today, but it remains the fastest pre-WWII BMW.

German car manufacturers have a long and deep-rooted relationship with motorsport. Porsche’s decision to withdraw from Formula 1 in 1962 saw their attention and design switch to sports car racing and, with that, the development of the Porsche 904 GTS. Curvaceous, powerful and eye-catching, the 904 GTS is a Monte Carlo Rally-class-winning car that today is one of the most sought-after classic Porsches, deservedly taking its place on the illustrious lawns of the HAC.

But there’s only one Porsche known the world-over, and perhaps the most iconic German car of them all; the 911. The exceedingly rare 911 (930 LE) coming to the London Concours is one of just 14 produced in right-hand-drive. Despite being built in 1989, the LE was capable of a frankly astonishing 173mph.

But it’s not all about speed in the ‘Made in Germany’ class, as exemplified by the Volkswagen Beetle. With multiple appearances on the big screen and worldwide fame as a design legend, the Volkswagen Beetle will line-up alongside some of the finest vehicles ever produced at London Concours.

With an offering of nearly 100 automotive icons from the modern day to the early 20th Century, the Honourable Artillery Company’s glorious five-acre lawn will be transformed into a motoring utopia between 5-6 June. But London Concours is not just about the cars on display; it’s an automotive garden party complete with art from Collier Dobson and Ella Freire, drinks from Rémy Martin and Veuve Clicquot, and fashion from Neapolitan tailors, Isaia.