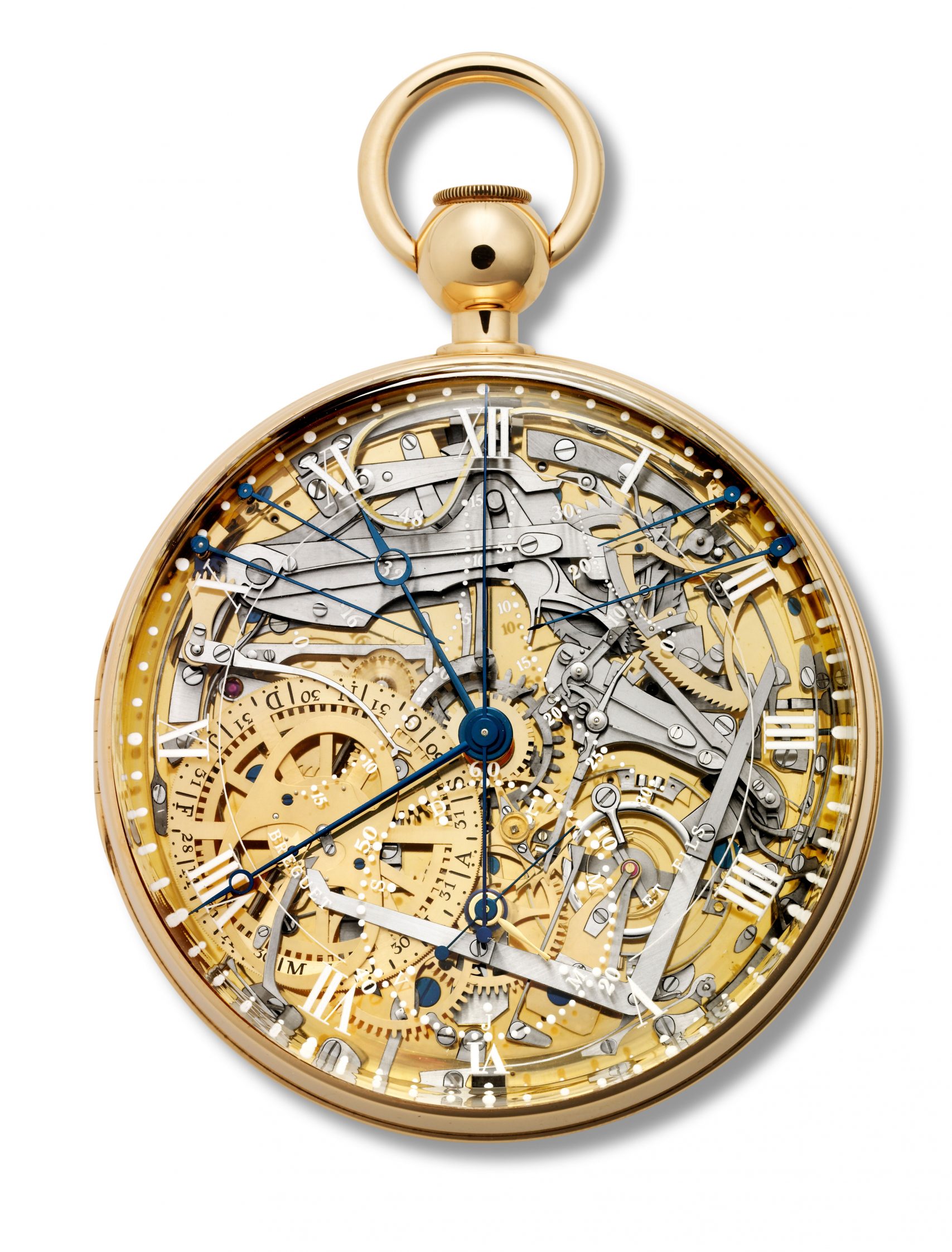 A Mechanical Masterpiece Fit For a Queen:

The Marie-Antoinette Watch, No.160

Hailed as the godfather of watchmaking, Abraham-Louis Breguet was responsible for creating the most complicated timepiece of his time, the “Marie-Antoinette” watch No.160. Arguable his most ambitious project, Breguet undertook the commission in 1783 from a mysterious admirer of the Queen, with the instruction to complete the most technically advanced watch ever built, one incorporating “every possible complication”. 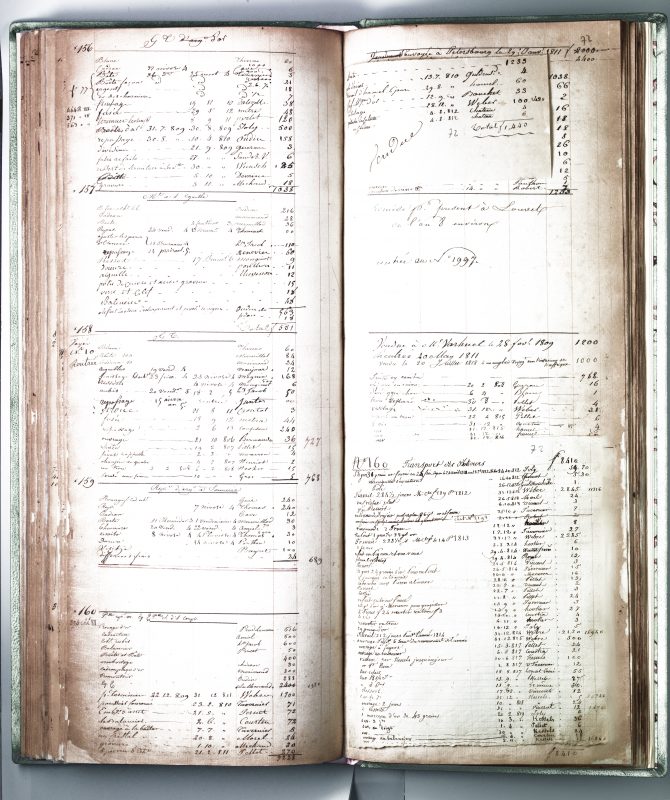 Testament to the magnitude of the task, 44 years were devoted to the project. For well over a century, watch No. 160 was the most complicated watch in the world. This mechanical masterpiece features technical characteristics including a natural escapement, gold cylindrical spiral, automatic winding, hours, minutes and small seconds, central deadbeat seconds, power reserve, retrograde perpetual calendar, equation of time, days of the week, minute repeater (incorporating a constant force chain), jumping hours, and thermometer. Showing an unfathomable degree of prescience should be exhibited; hence Breguet’s transparent rock crystal dial allowing full view of the gold  movement, a design idea that has come into its own in most recent years, but used by Breguet two centuries ago!

Alas, this priceless timepiece never made it into the pocket of Marie-Antoinette but instead passed through various hands before it was bequeathed to Mayer Museum in Israel, from which, astonishingly, it was stolen and assumed to be missing forever. 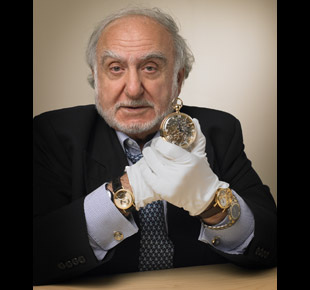 Following its disappearance from the museum in 1983, Mr Nicolas G. Hayek vowed Breguet would recreate it, down to the finest detail. The engineers and watchmakers at Breguet’s restoration workshop were charged with recreating this landmark watch, having only photographs of the original and some archival documents from which to work. Six full years were required to complete the project; two years of study followed by four years of hand fabrication and assembly. Ironically, a few months after completion, the original reappeared following the death of the museum thief.  With the original No. 160 restored to its place in the museum, the piece recreated in the Breguet workshop and completed in 2008 has been featured in exhibitions around the world illuminating Breguet’s devotion to its patrimony and dedication to watchmaking crafts. 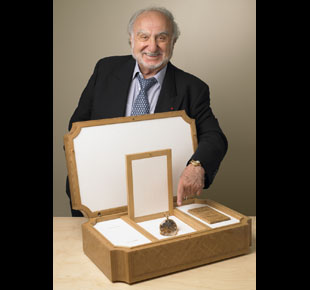 For Nicolas G. Hayek, the exceptional adventure of the Marie Antoinette watch did not stop with the timepiece itself. The watch deserved a box, and undoubtedly, this should be a box unlike any other. Having seen reports of an ancient oak tree, struck by lightning in the grounds of Versailles, and due to be felled, Mr Hayek hatched a plan to use the wood to create the box. The fate of the now fallen Marie-Antoinette oak and the Marie-Antoinette watch project became immediately apparent and a plan began to jell. The relationship between Breguet and Versailles strengthened still, by Mr Nicolas Hayek’s generous donation to fund the restoration project for the Palace. Footnoted in all of this, as Breguet has not made it a point of emphasis, the resulting box can rightly be seen as the most expensive watch box in history! Get a closer look at this astonishing pocket watch and the truly mesmerising craftsmanship here.