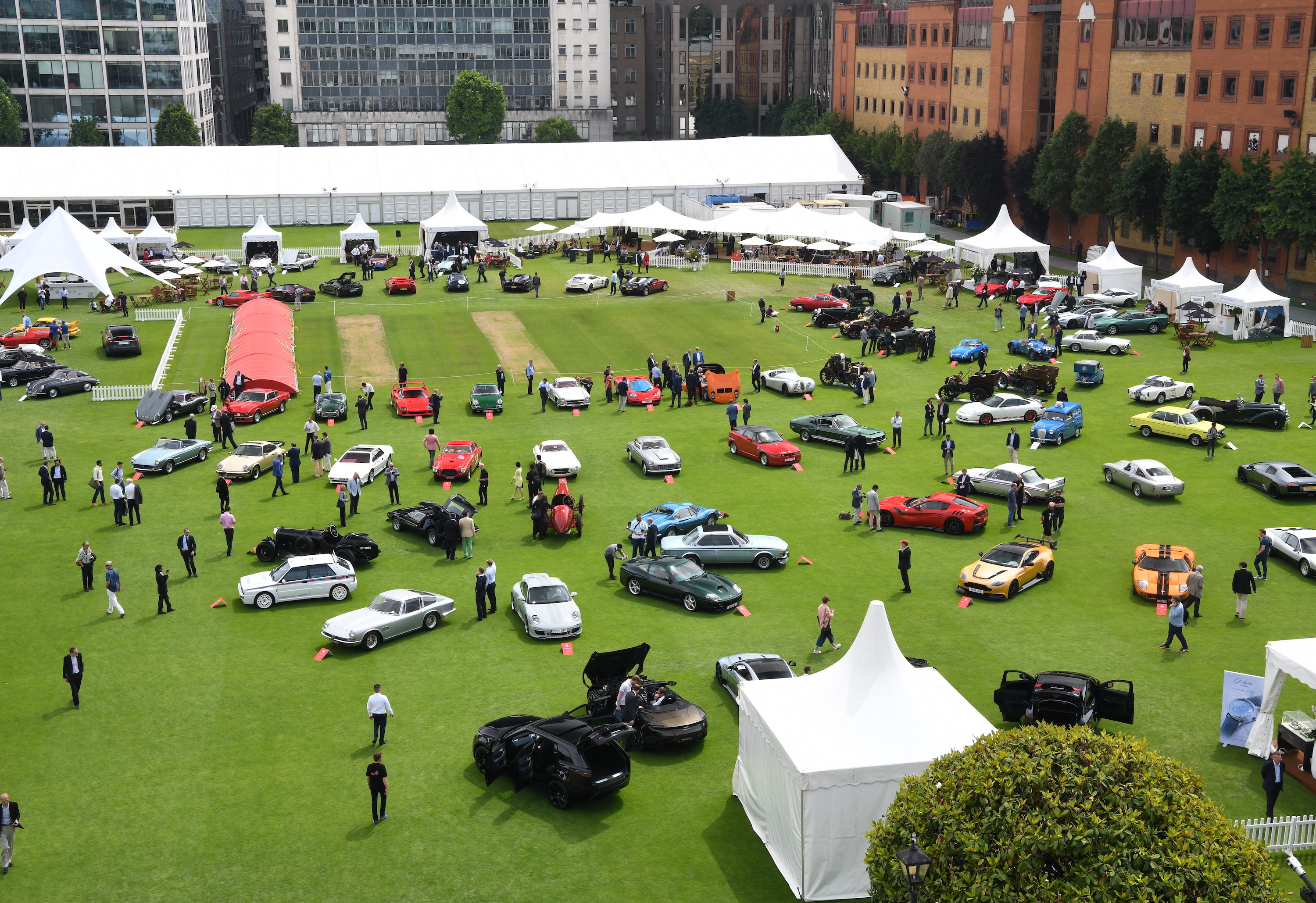 The London Concours, opened its doors yesterday to a crowd of thousands for the first day of the event.  Hosted at the Honourable Artillery Company, a five-acre oasis of green close to Bank, the event played host to the most incredible collection of vehicles ever gathered in the City.

In total, around 125 cars were on display in a celebration of speed that showcased everything from 1898 pioneers through to the very latest 2018 hypercars.

Perhaps best showcasing the evolution of speed in the automotive world was the London Concours’ ‘Era Defining’ class, comprised of notable and iconic speed machines throughout the ages. The earliest car on display was the 120-year-old Panhard et Levassor ‘Paris-to-Amsterdam’ car, designed to race over 950 miles in six stages well over a century ago. But guests could also find the Jaguar XK120 OTS and Mercedes 300SL Gullwing – both the fastest cars of their time – alongside models like the Porsche 911S and McLaren F1.

The main concours event was made up of six classes in total, including ‘Fast’, ‘Faster’, ‘Very Fast’, ‘Superfast’ and ‘Hyperfast’. Each of the classes was packed with rarities, from the Porsche 356 Speedster Super and Fiat 8V Ghia Supersonic to the Ferrari F50 and Aston Martin One-77, but there could only be one winner.

A team of expert judges, led by members of the London Concours Steering Committee awarded a class winner, and an overall winner following hours of careful scrutiny and debate

The overall Best in Show title was awarded to the Fiat S76 ‘Beast of Turin’ –  a gargantuan 28.5-litre land speed record car from 1911.  Originally built as one of two, the ‘Beast of Turin’ is now the only remaining example, powered by the largest purpose-built car engine ever, producing around 300hp. In 1911, it achieved a two-way speed of 116mph, and was also clocked at 135mph on a later run but disqualified because it couldn’t complete the return leg. The car has recently been the subject of a ten-year restoration project, and was fired into life late in 2014 for the first time in a little over a century.

Outside of the main concours event, there were plenty of other astonishing cars on display. The Global Endurance Legends feature gathered a number of motorsport icons, including the Ferrari F40 LM and Lotus Esprit GT2. The evo Supercar Paddock brought together the latest modern hypercars, from the Mercedes-AMG GT R and all-new Ford GT to the Porsche 911 GT2 RS and Lamborghini Aventador S.