The Best of Lamborghini at London Concours 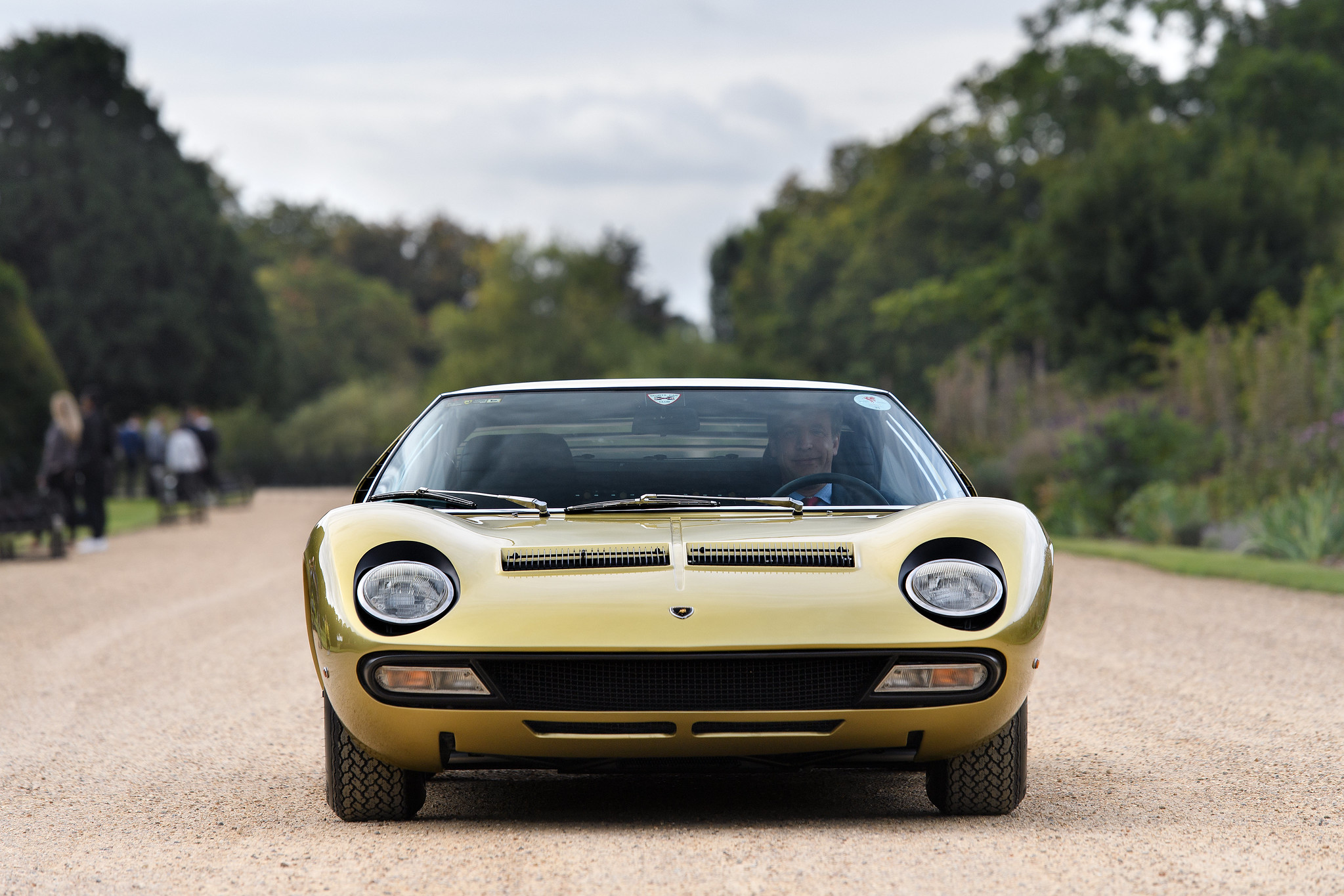 The London Concours, presented by Montres Breguet, will be bringing together some of the finest models ever built by Lamborghini in its Great Marques: Lamborghini display. From tractor manufacturer to global performance car powerhouse, 66 years of fine Italian design, engineering and innovation will be exemplified by 10 representatives of Sant’Agata.

Taking place from 19-20 August, the London Concours will gather these iconic Italian machines and nearly 100 others into the Honourable Artillery Company HQ –  a five-acre oasis of green nestled among the tall buildings of the City of London. It’s set to be the UK’s first major motoring event since February.

The first production Lamborghini, the 350 GT, was launched at the Geneva Motor Show in 1964. It was designed by Ferruccio Lamborghini and Carlo Andeloni, the owner of Carrozzeria Touring and managed in a secret area of the Lamborghini tractor factory by Giampaolo Dallara and Paolo Stanzani. Although the 350 was a success, Ferruccio disliked the noisiness of the differential and the imprecision of the car’s ZF gearbox.  Through Dallara and Stanzani, he commissioned new gearboxes and differentials locally in the Bologna area, and installed a larger, 3,929 cc V12 engine. And so the 400 GT 2+2 was born, where the Lamborghini display at London Concours begins.

Shortly after the 400 GT came one of the most iconic and beautiful performance cars ever built: the Lamborghini Miura. Its steel spaceframe chassis had been designed by Gianpaulo Dallara (who had been impressed by the GT40 of 1964), and the mid-mounted V12 by Giotto Bizzarrini, both formerly with Ferrari and Maserati. So flexible was the V12 that it could pull away in top gear and go all the way to 172mph. The suspension was all independent, with double wishbones and coil/damper units, helping create one of the finest handling cars of its time.

Alongside the Miura, Lamborghini initially sold the Islero and the Espada, powered by a V12 engine derived from that used in the 400 GT. The wild looks were inspired by the stillborn Marzal concept, but the Espada went on to be an enormous success. The example on display at London Concours comes fitted with an unusual panoramic roof – only one other Espada has this feature, an Espada S1 delivered new to Prince Raynor of Monaco in 1969.

From the glory days of the ‘60s, the London Concours will also shine a light on some of Lamborghini’s more difficult years, including the release of the Silhouette. Because of financial troubles, many customers believed their Lamborghini Silhouette wouldn’t be built and, as a result, it’s one of the rarest Lamborghinis; only 54 were built. Designed by Gandini of Bertone it is an evolution of the Urraco, featuring a chassis designed by Dallara around Pirelli’s then brand-new P7 tyre, “the greatest single component breakthrough in the history of the car”, according to Dallara.

Also on display will be the poster car of a generation – the Countach. Powered by a 455bhp 5.2-litre naturally aspirated V12 engine, fed by six Weber downdraft carburettors and coupled to a five-speed manual transmission, the Lamborghini Countach LP5000 QV at the London Concours is a stunning example. In total, just 610 examples of the LP5000 QV were built. However, in mid-1988, prior to the release of the 25th Anniversary Countach, a skirted edition of the LP5000 QV was released of which it is understood that only 18 right-hand drive examples were built. This Countach being one of them.

From the Countach stemmed further raucous V12 supercars from Lamborghini, including the Diablo, the Murcielago and the Aventador. London Concours will gather examples of each, including the extreme Aventador SVJ and Diablo SV.

Slightly conspicuous among the display will be the Lamborghini LM002, which can trace its roots back to a bespoke off-roader project for the military. In the end, Lamborghini shifted development to deliver 301 examples for customers. The body structure is based around a multi-tubular steel spaceframe clad in riveted aluminium and fibreglass panels. All round independent suspension features oscillating arms, coil springs and telescopic shock absorbers, giving it real off-road ability. It was expensive to buy and, with a Lamborghini 5.7-litre V12 and a 290-litre fuel tank, expensive to run – a fill would cost you around £350 at current prices.

Andrew Evans, London Concours Director, said: “The story of Lamborghini is a classic tale of young upstart against established competition. Ferruccio Lamborghini and Enzo Ferrari famously fell out after Ferruccio complained about one of his Ferraris, and vowed to build his own sports cars. The iron will of Mr. Lamborghini led to the world being treated to some of the most beautiful and ferocious performance cars ever, and this year at London Concours we thought it only right that we celebrate that fact.”

The London Concours 2020 takes place from 19-20 August. Tickets are available to buy now from www.londonconcours.co.uk/tickets

Home  »  Latest News   »   The Best of Lamborghini at London Concours