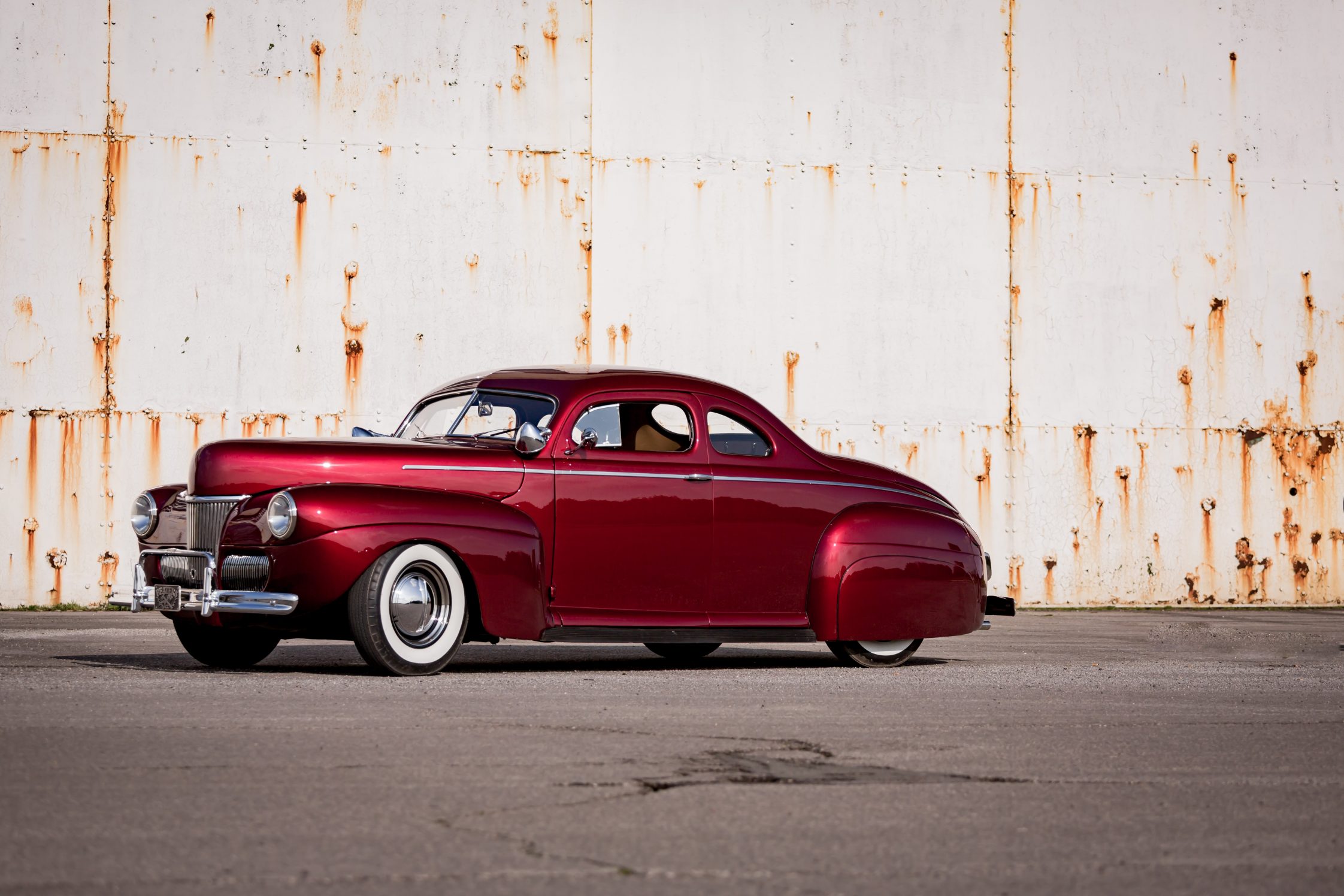 The Kustoms at London Concours

The London Concours has revealed another of its eclectic classes. In 2021, the event welcomes the best UK-sourced Kustom cars. Curated by the Vintage Hot Rod Association (VHRA) and sponsored by Ace Cafe London, this collection of eight Kustoms contains some of the finest traditionally modified vehicles in the world. These spirits of the mid-century era of car customising in Southern California will grace the lawns of the Honourable Artillery Company HQ from 8-10 June – each with its own unique tale to tell.

The first is a 1941 Ford Business Coupe. Period customisation techniques featured on the car include a roofline drop of four inches, a four-inch-lower ride height, removed bonnet and boot trim, plus the addition of period accessories such as Appleton spotlights, fender skirts and flipper hubcaps. The process began in the 1970s and was completed by Tim Musico of the Long Beach Cavaliers. The Ford was imported to the UK in 2016 and fully restored to concours condition, including a respray, new upholstery and a full mechanical stripdown and recommissioning. 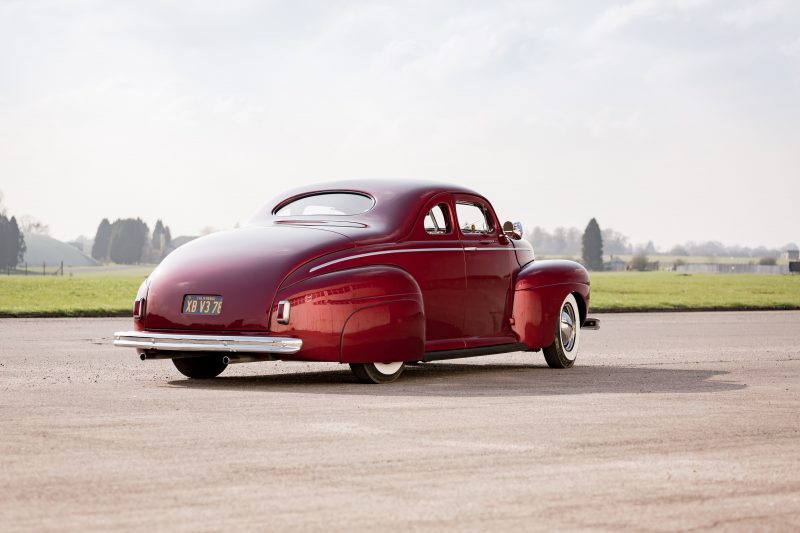 Also on display will be a Kustom 1950 Ford Coupe. The customisation work was performed by Marco Warren at Juarez Fabrication, who restored the Coupe’s bodywork, dropped the roofline, lowered the car front and rear, removed all the exterior trim, handles and badges, and sunk the front and rear lights seamlessly into the bodywork. The Ford is completed by a set of Foxcraft fender skirts, Appleton spotlights and 1950 Oldsmobile hubcaps. 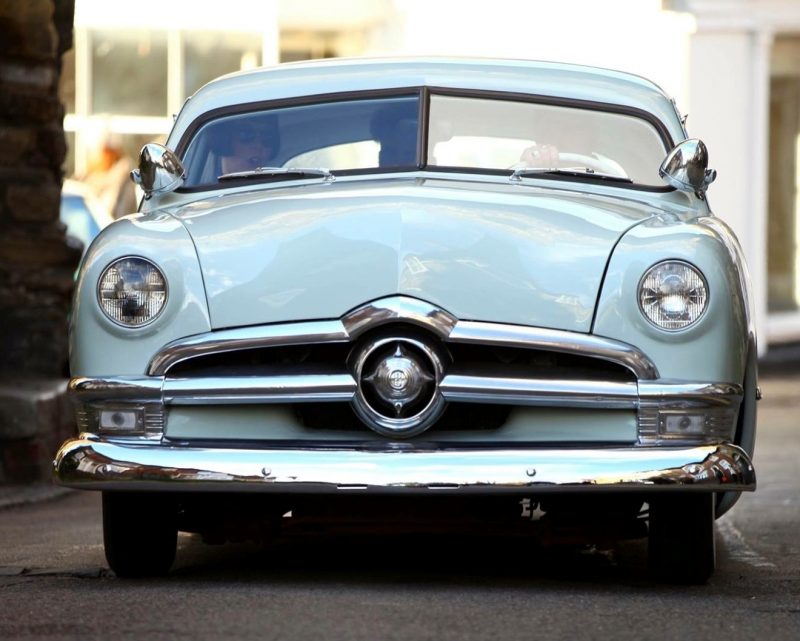 A true demonstration of popularity of Kustoms in the UK is a stunning 1953 Austin A40 Somerset. This Austin was converted by Scarlett Devey – who has owned it since she was 19 – to evoke the style of its 1950s Transatlantic Kustom cousins. The three-year home-customisation job included lowering the roof by four inches at the front and six inches at the rear and lowering the ride height as well. The A40 has been expertly converted from a four- to a two-door, with all trim removed and the number plate neatly mounted behind glass. A unique British Kustom, the car is now resplendent in an original 1940s Plymouth colour called Sumac Red, and sports custom metallic copper and cream interior. 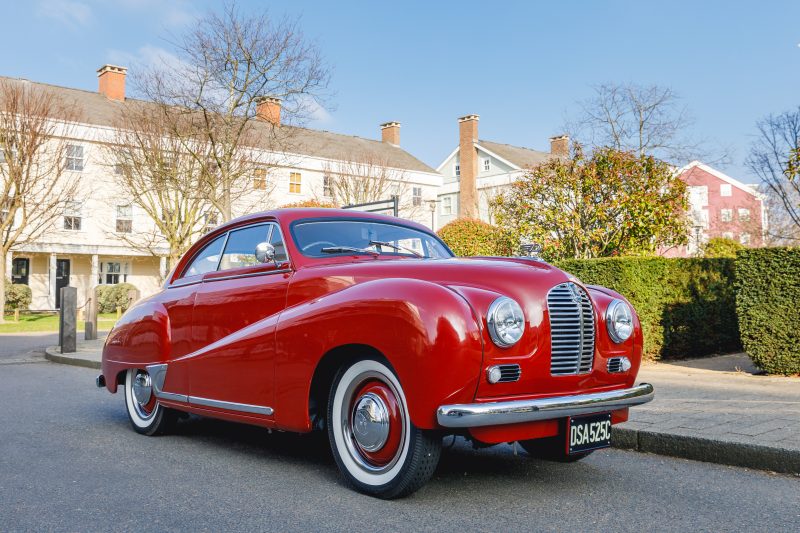 The most recent model in the class is a 1962 Ford Thunderbird. This was imported from California in 2014 to be customised in the style of the late, legendary US custom painter and pinstriper Larry Watson. The car was dropped 2.5 inches, and de rigueur Bellflower exhaust tips were added. The paint job uses House of Kolor shades, with an elaborate combination of various primers, lacquers and three different shades of blue masked in actual lace to provide the car with its striking finish. 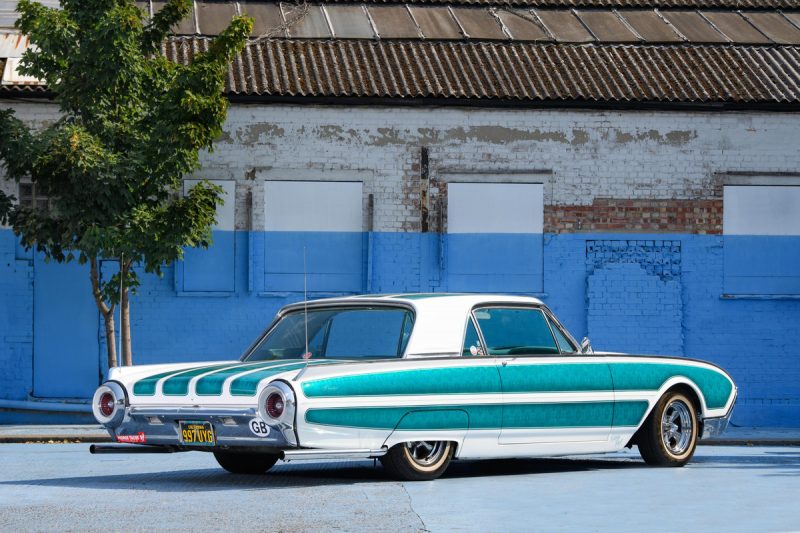 These automobiles form part of an eight-strong line-up of eclectic Kustoms, evoking the true spirit of the Southern Californian custom scene. This class is just one of eleven classes and features that will grace this year’s London Concours, hosted 8-10 June at the Honourable Artillery Company HQ.

Andrew Evans, London Concours Director, said: “As cool cars go, they don’t come much cooler than those in this year’s Kustom Class. Evoking the spirit of the Kustom scene in the US, this class celebrates the unique period in American history in which originality was sacrilege. The cars in this class, kindly curated by the Vintage Hot Rod Association and Ace Cafe London, not only evoke an era, they also showcase some of the finest coachbuilding and ingenuity in the UK’s motoring community. We can’t wait to welcome these cars and their enthusiast owners to the lawns of the Honourable Artillery Club this June.”

Neil Fretwell, of the Vintage Hot Rod Association, said: “The Vintage Hot Rod Association is all about old cars that look like they may have caused havoc at a dirt track in the 1930s, roared across a dry lake bed in the 1940s, maybe tore up a dragstrip in the 1950s, or perhaps just cruised the streets of Southern California. If you’ve ever seen a copy of Throttle, an early issue of Hot Rod, or the Rod & Custom little pages, you’ll know exactly the kind of car we’re talking about.”

He continued: “For this year’s London Concours we stepped outside our usual remit, selecting a group of cars that represent a different side of American custom culture, albeit from the same era. The Kustom Class presents the finest cars of their kind in the UK, which will rival any around the world with the quality of design and craftsmanship that has gone into each and every one of them.”

Mark Wilsmore, Ace Cafe London Managing Director, said: “With the Ace, which was established 1938, today hosting a plethora of vehicles, it is a privilege to be a part of the Kustom Class at such a prestigious motor showcase that is the London Concours.”

Previously held over two days, the London Concours 2021 shifts to a three-day event to capitalise on visitor demand for more luxury brand content – from jewellery to bespoke suits – and modern supercars. The three days will be a VIP Preview Day, Style Edition and Supercar Day. At the heart of each day will remain the collection of nearly 100 rare and iconic luxury cars of all ages that has quickly cemented the London Concours as one of the UK’s top motoring events.