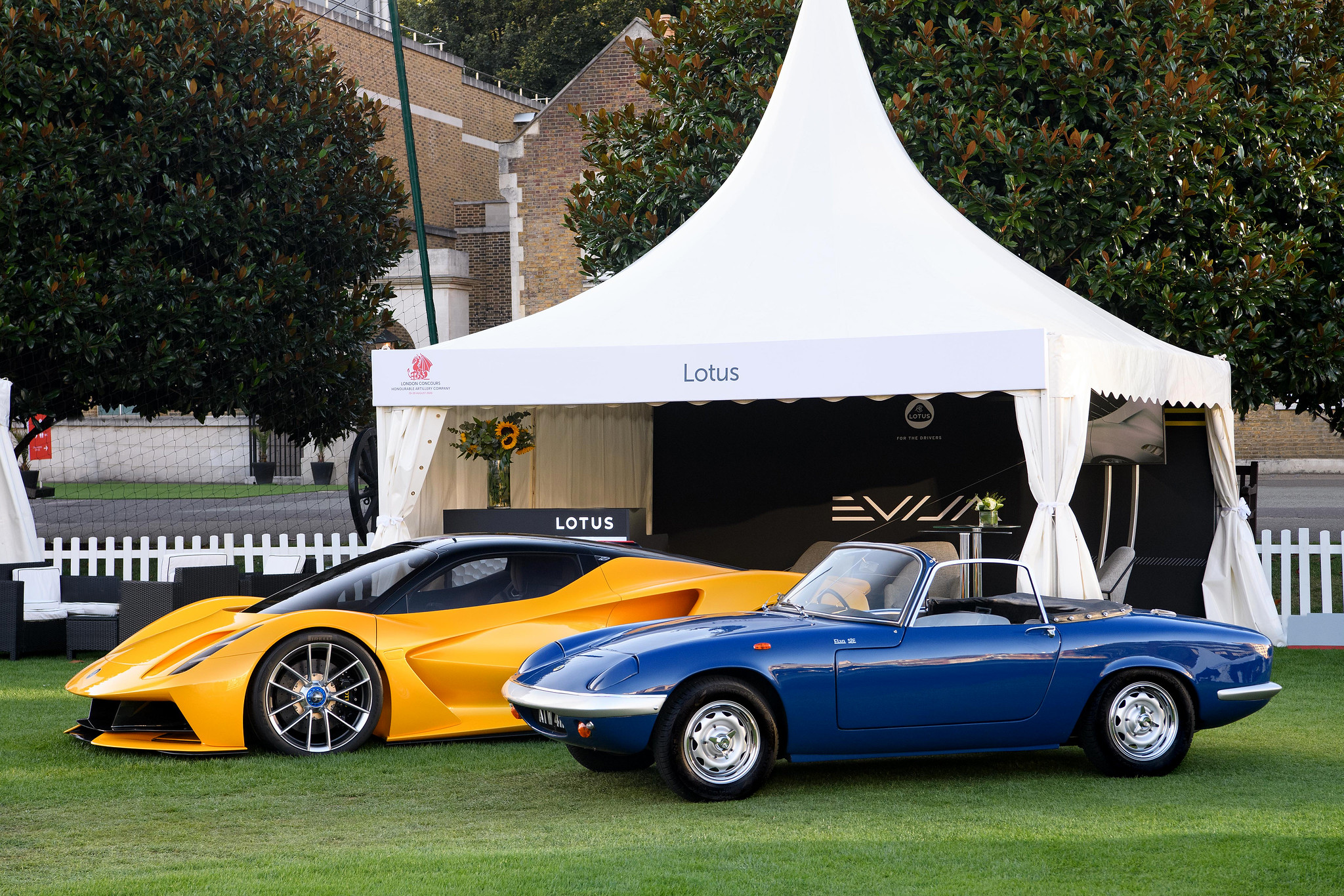 The London Concours has revealed Lotus as the second of the prestigious ‘Great Marques’ classes to appear at the Honourable Artillery Company HQ from 8-10 June. With a long lineage of motorsport heroics and a model line-up of some of the most thrilling cars ever created, Lotus rightly takes its place in the spotlight at the London Concours this year. From 1948 to the present day, the display will feature a history of the Lotus marque through 11 of the rarest Lotus cars ever made.

Joining the Seven will be a stunning lightweight Lotus Eleven. This car is Lotus Eleven Chassis 212, adorned with the famous ‘9 EHX’ number plate. The car was built in 1956 and is a rare wide chassis and wide body car. The car is one the original Lotus factory team cars that was driven in the 1956 LeMans race by the founder of Lotus, Colin Chapman, and Herbert Fraser.

Alongside the Eleven will be a fine example of 1960s elegance, an ultra-lightweight two-seater coupé, the Elite or ‘Type 14’ was produced from 1958 to 1963. The car’s most distinctive feature was its fibreglass monocoque construction, which was used for the entire load-bearing structure of the car save a steel sub-frame which supports the engine and front suspension. Only 1,030 Elites were built. The example at London Concours will be one of the finest. Latterly, another generation of Elite was built between 1974 and 1983. The very last few produced had the option of a detachable Riviera roof at a cost of £325 plus VAT, and this Riviera version is one of those last examples. Only seven Rivieras were built by the Lotus factory.

Sitting beside the beautiful Elite will be a 1972 Lotus Elan Sprint Drophead Elan. The Sprint was the final version of the original Lotus Elan, a lightweight rear-wheel drive two-seater sports car. The ‘Sprint’ Elan was produced between 1971 and 1973, and featured a more powerful twin-cam engine, developing 135bhp. Produced in very limited numbers, the Sprint will feature alongside the Elite in the ‘Great Marques – Lotus’ display.

And no Lotus display would be complete without the legendary icon, the Lotus Esprit. The car at London Concours is a Series 3 – and it completely embodies the 80s era. An unmistakeable boxy design that was among the first of designer Giorgetto Giugiaro’s polygonal ‘folded paper’ designs. The S3 was powered by a 2.2-litre L Type 912 engine, but still kept close the hallowed curb weight of 1,000kg meaning it provided the quintessential Lotus driving experience.

These four cars are part of a 11-strong line-up of the most significant cars from the marque’s 72-year history, which itself is one of eleven classes and features that will grace this year’s London Concours, hosted 8-10 June at the Honourable Artillery Company HQ.

Lotus Cars will also have an official presence at the event, showcasing the Evija, the next chapter in the Lotus story. The 2000PS quad-motor, all-electric hypercar is capable of 0-184mph in just nine seconds, with a top speed in excess of 200mph.

Andrew Evans, London Concours Director, said: “Lotus is a brand intrinsically linked with lightness, that has always sought to make the world’s best driver’s cars. It began with Colin Chapman’s immortal words ‘Simplify, then add lightness’ and the brand has stayed true to that moniker throughout its seven decades in the industry.

“Lotus has created some of the most significant and collectable cars in the world, and without question some of the world’s greatest driver’s cars. We’re honoured to welcome an all-encompassing selection of this Great British brand’s most revered cars to the manicured lawns of the Honourable Artillery Club this summer.”