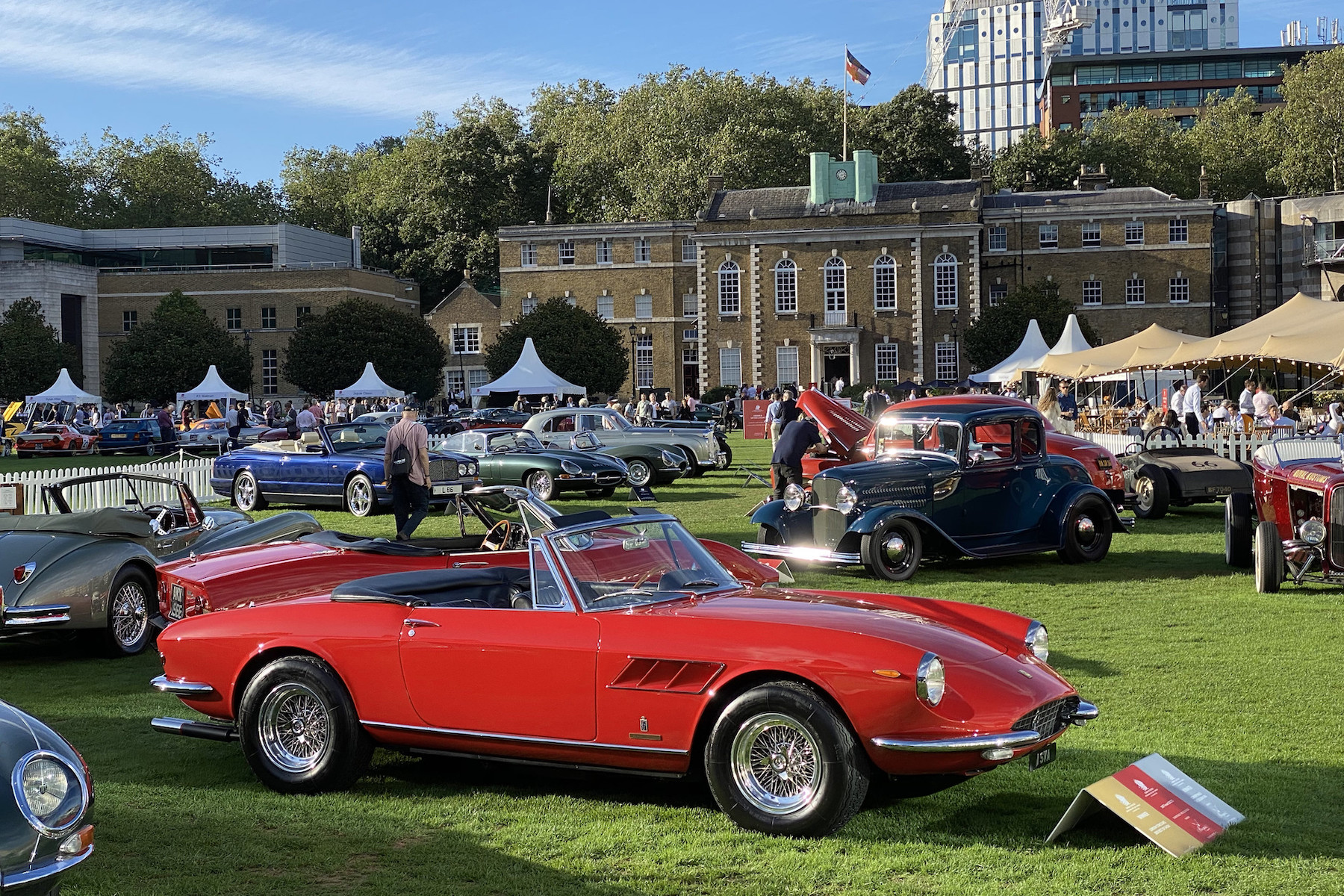 Over 100 of the most spectacular cars in the world have rolled out of the City of London, as the fourth running of the London Concours came to an end this week. The main concours event classes include ‘Speed of Sand’ –dedicated to the world of hot rods – ‘Convertible: The Golden Era’, ‘The Pursuit of Speed’ and ‘Lancia Legends’. Each of the classes was packed with rarities, including a line-up of four Lancia 037 competition cars, one of just 54 Lamborghini Silhouettes ever built and an ex-Stirling Moss Jaguar XK120.

The London Concours’ expert committee of judges picked an extraordinary Ferrari 330 GTS. In November 1967, this 330 GTS Spider was shown at the Torino Motor Show, before going on to be displayed at various venues until it was eventually sold in 1969 to Jamie Wyeth in Pennsylvania, US. It was moved on in the mid-1970s to Carl Cantera of Wilmington, Delaware, a client of Ferrari dealer FAF Motors in Tucker, Georgia. Carl owned and very successfully showed it for over two decades, during which time the body was restored to concours level.

Outside of the main concours event, there were plenty of other astonishing cars on display. A special feature, ‘The Dinos sponsored by Foskers’, celebrates Ferrari’s V6-powered mid-engine sensation, the Dino. In total, 10 different examples are on display, each finished in a different shade, from Grigio Titanio to Viola Metallizzato.

‘The Collector’ feature this year shines a spotlight on the personal car collection of famed automotive designer Ian Callum CBE. Having presided over the design of modern-day icons such as the Aston Martin Vanquish and Jaguar F-TYPE, nearly all of Ian’s cars have been subtly modified by the man himself to reflect the beauty of their individual designs. Among them is Ian’s favourite Jaguar, the XJC – fitted with larger wheels and lower suspension – a lowered Alfa Romeo Giulia GTV and Ian’s favourite Porsche design, the 911 (993).

The Octane and evo Paddock, meanwhile, is crowned by the Hispano-Suiza J12 Vanvooren Cabriolet. In the 1930s Hispano-Suiza decided to create the ultimate V12 engine for the ultimate luxury car. That model is the J12; less than 130 were built in total, and this Vanvooren Cabriolet is believed to be just one of eight open-top examples. As with many cars of the era, Hispano-Suiza simply sold the customer the engine and chassis, and the vehicle would be bodied elsewhere – the chassis alone would have cost the same as around 130 Renaults

As well as the automotive displays, visitors were able to browse a number of other attractions, including a fine timepiece boutique courtesy of Montres Breguet.

Guests were also treated to a range of luxury food and drink options, including a champagne tent courtesy of Veuve Clicquot and a new COVID-safe hospitality offering, delivered by Searcys.