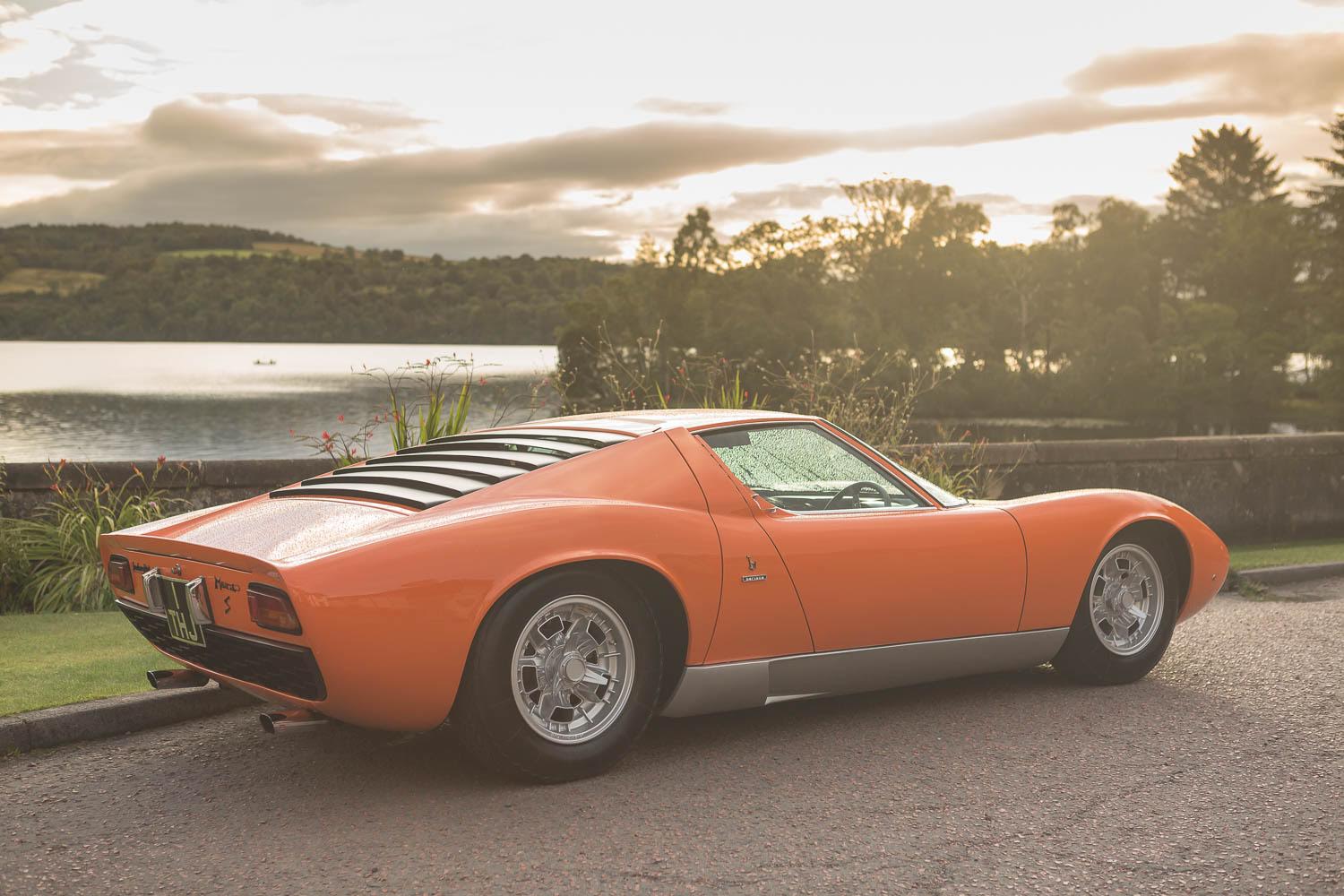 The London Concours, presented by Montres Breguet, has announced the first of its exceptional special features; a show-stopping gathering of iconic Lamborghini Miuras. Once the world’s fastest production car, and hailed as one of the greatest automotive designs of all time, as many as eight examples will be on display at the London Concours this June.

In the forthcoming, definitive book on the model, The Lamborghini Miura, to be published by Kidston SA this summer, the outrageous Italian supercar is celebrated as the one that set the template for almost every great automotive performance icon since. First revealed at the Geneva Motor Show in 1966, its revolutionary rear mid-engined layout quickly became de rigueur for the many supercar pretenders that followed.

As if that wasn’t reason enough to celebrate the Miura, this year marks 50 years since the premiere of The Italian Job, and although the Minis secured their place in pop culture history, it was the Miura in the opening scene that captured the imagination of petrolheads the world over. Accompanied by a spine-tingling V12 soundtrack, the Miura was driven up Italy’s beautiful Gran San Bernardo pass, in one of cinema’s greatest ever automotive scenes.

In total, nearly 100 automotive greats of all eras will be on display on the idyllic lawns of the Honourable Artillery Company HQ when the London Concours rolls into the City from 5-6 June. Curated across seven distinct classes, including ‘The Icons’ and ‘The Innovators’, London Concours is the ultimate automotive summer garden party.

Andrew Evans, London Concours Director, said: “If any single model deserves to be celebrated at the London Concours, it’s the Lamborghini Miura. Not only is it a silver screen star, but it was the posterchild for a generation and arguably the provided the spark for the whole supercar scene as we know it. In a spectacular event showcasing nearly 100 automotive icons from the Ferrari F40 to the Bugatti Veyron, this colourful slice of supercar history is set to be a real highlight.”